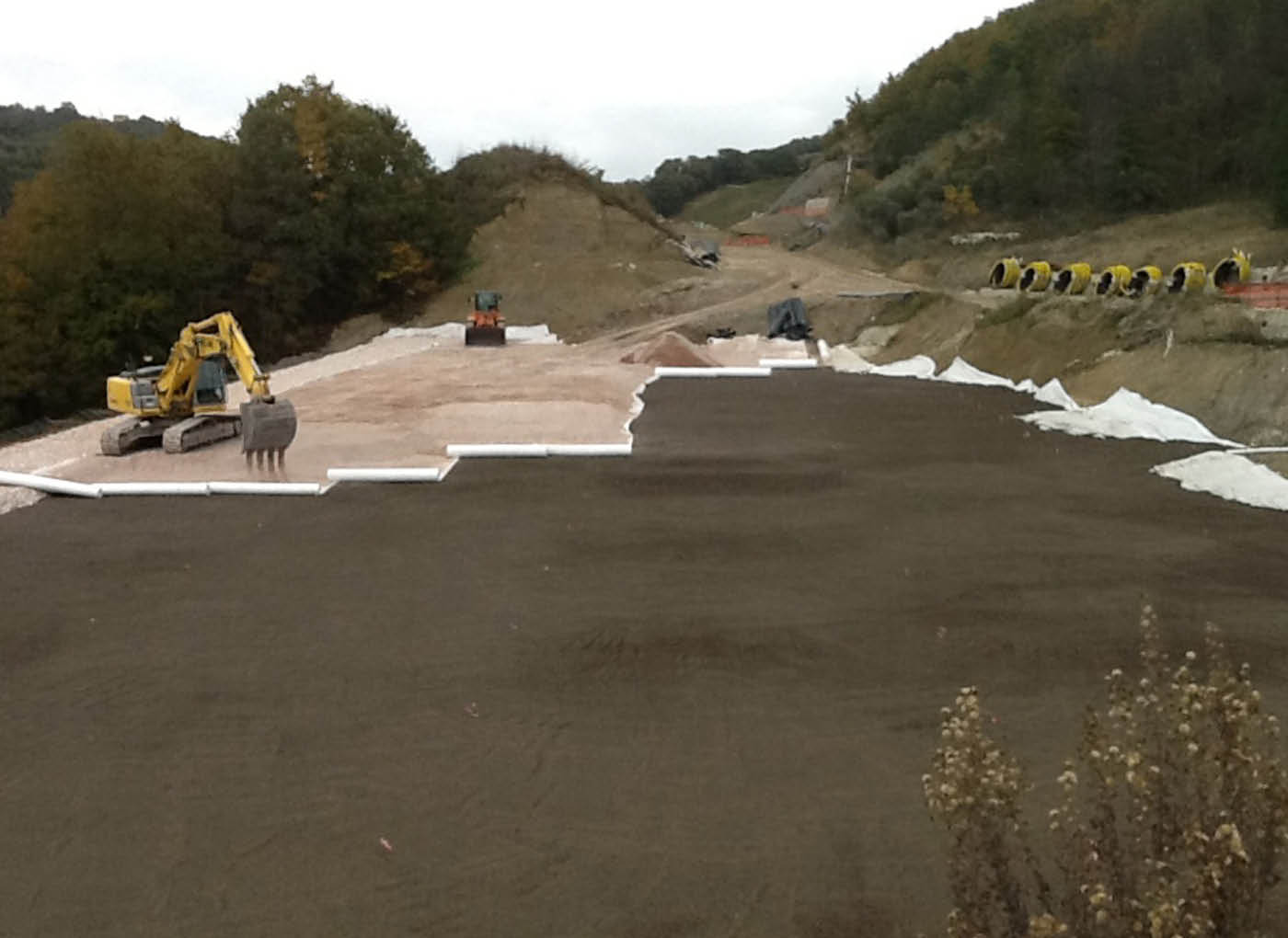 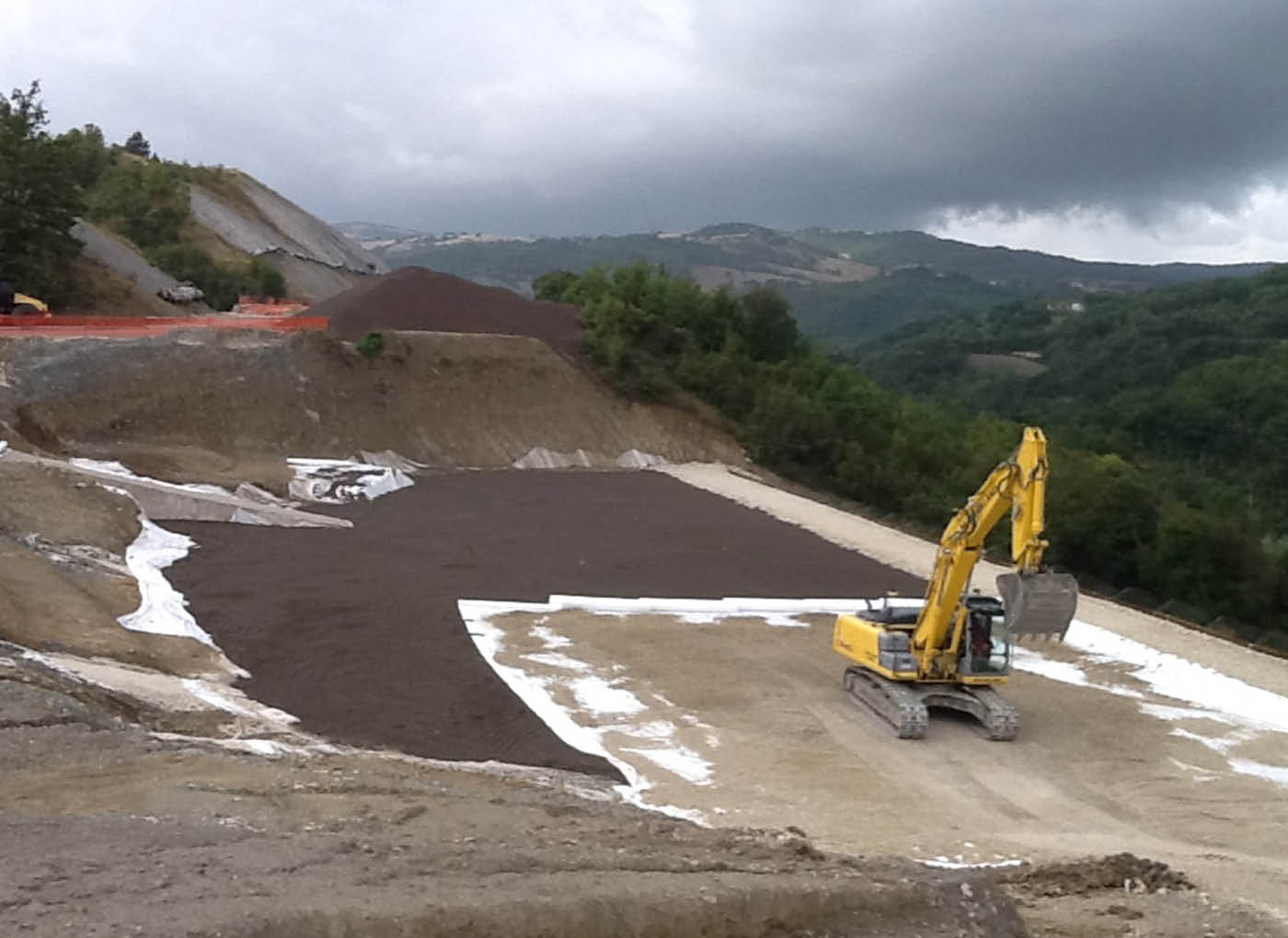 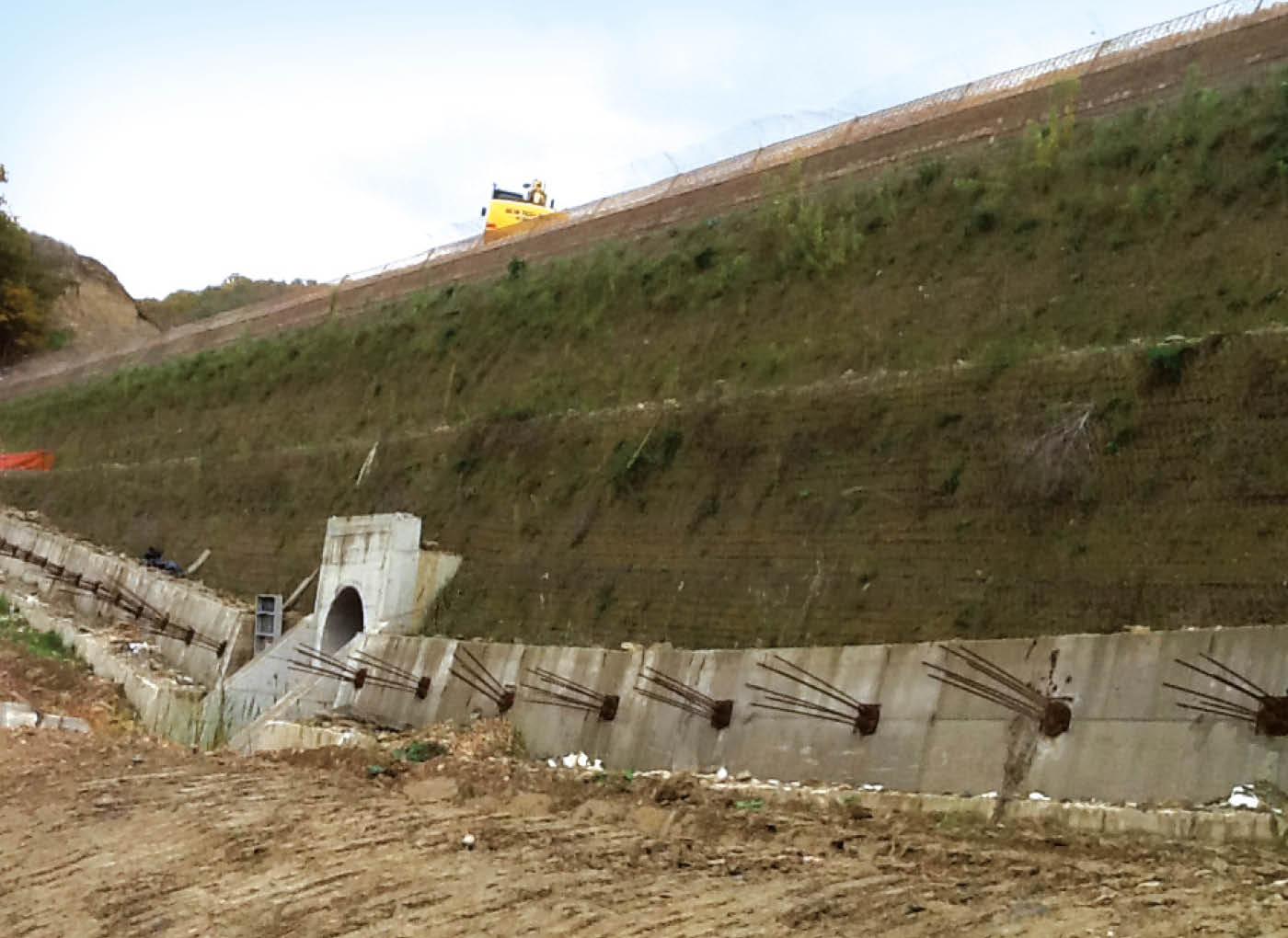 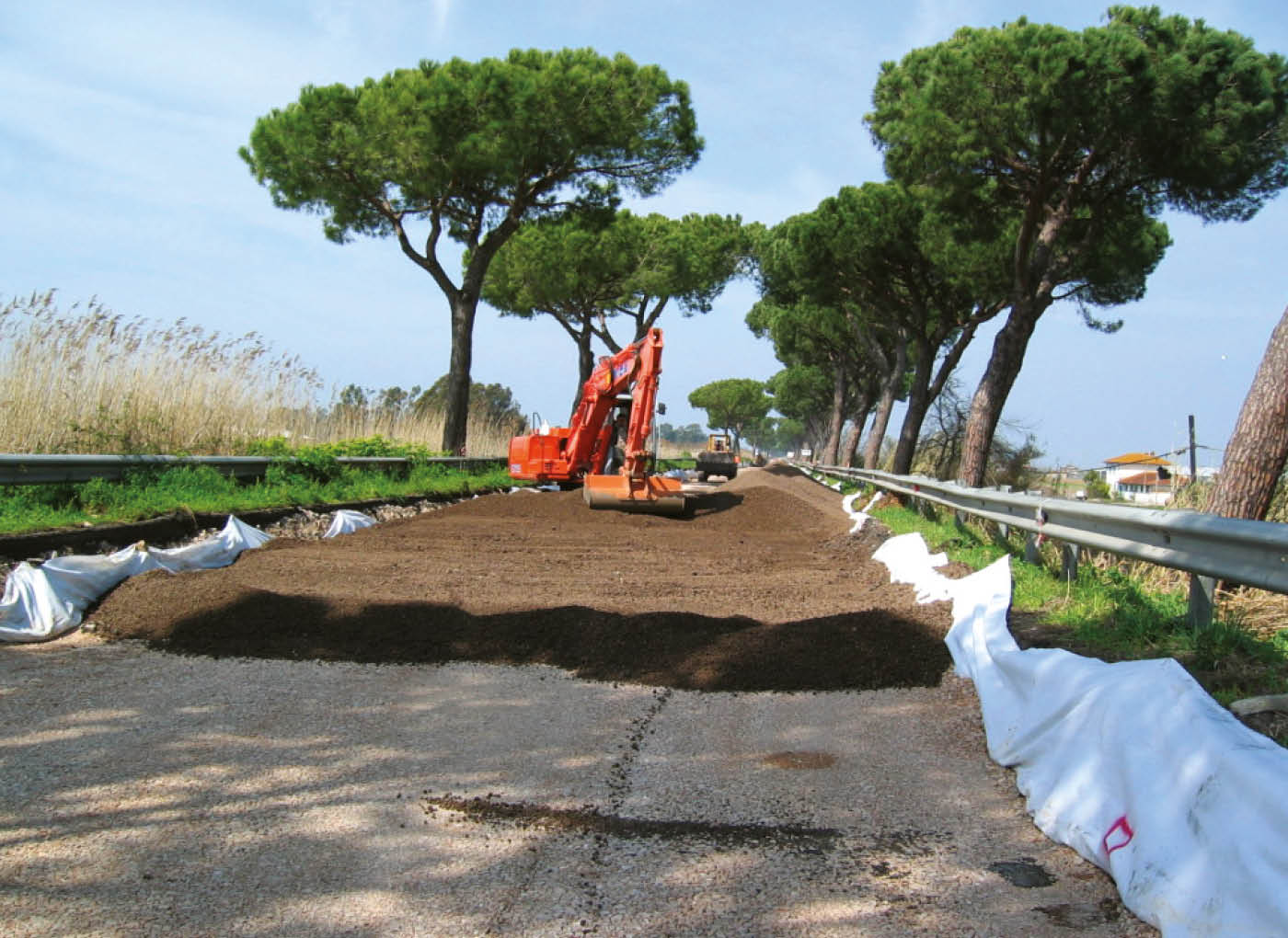 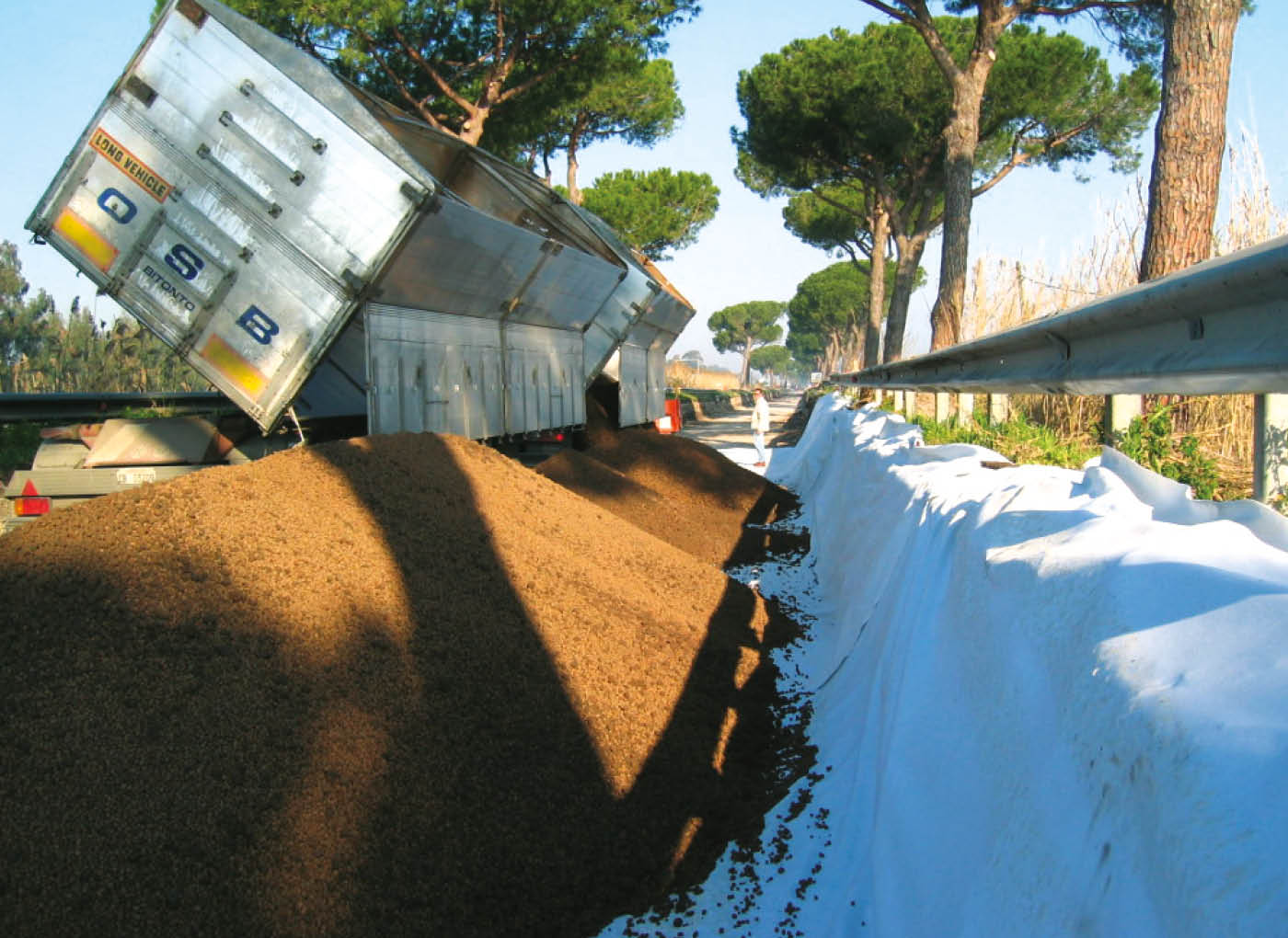 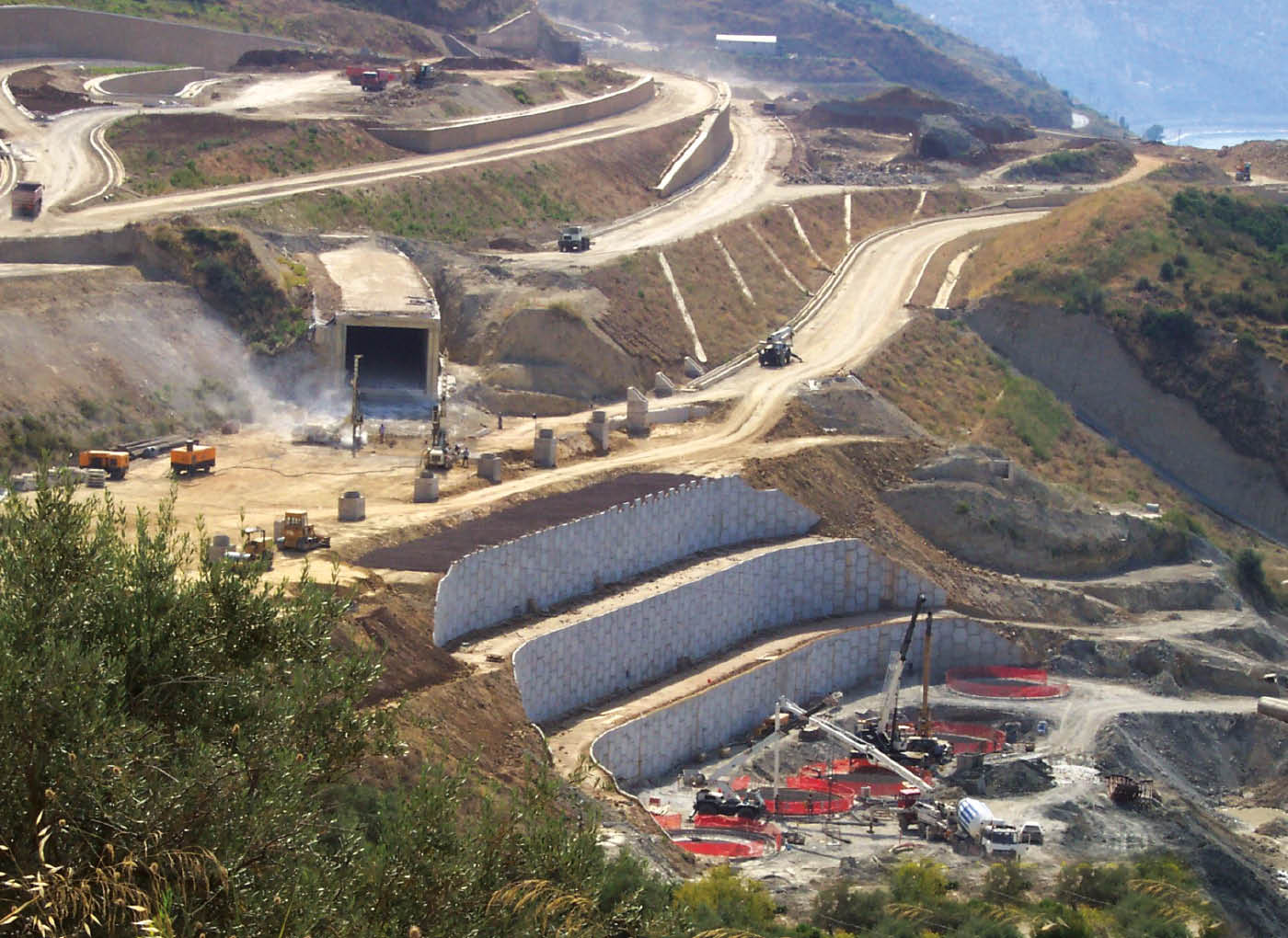 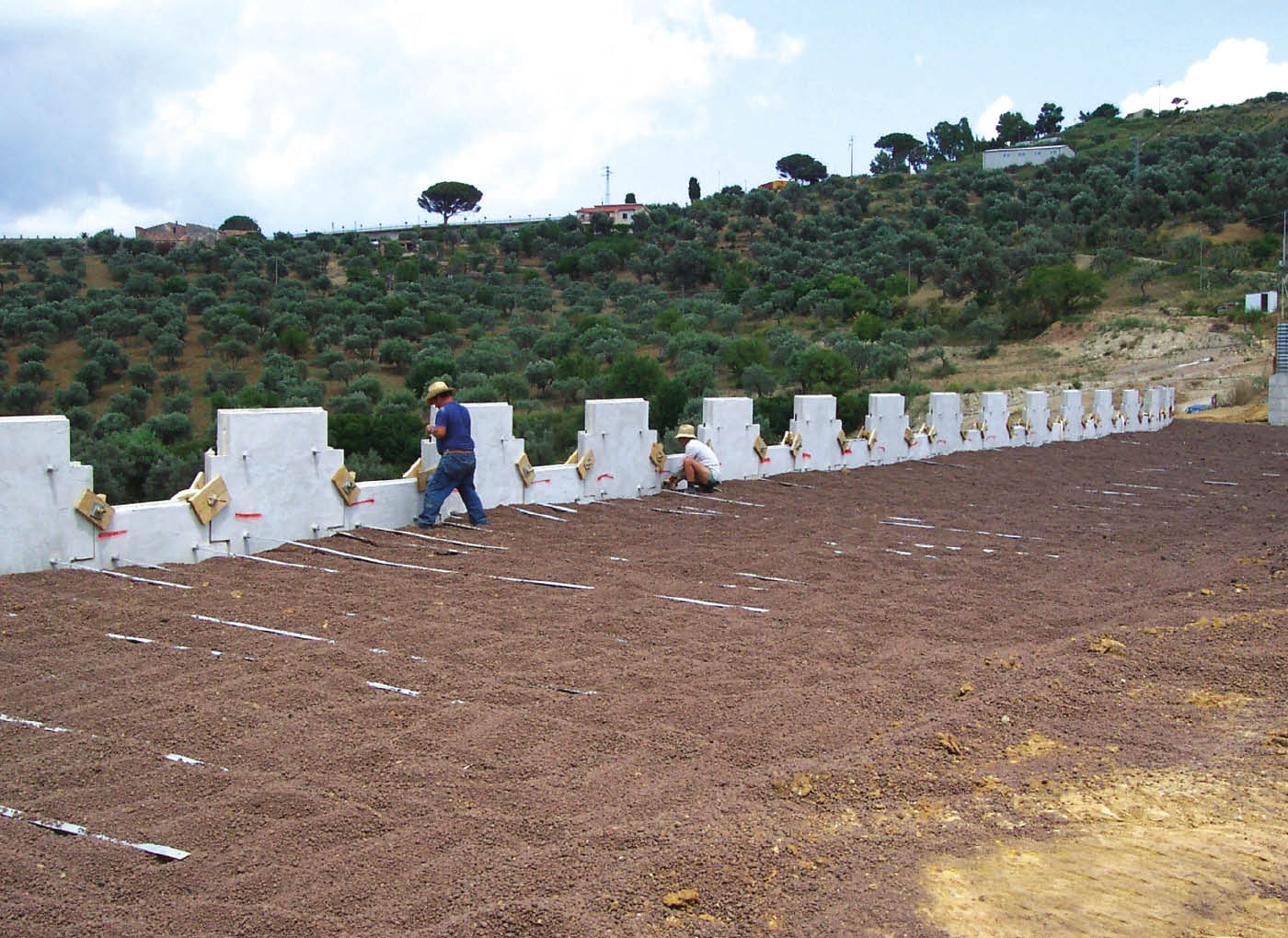 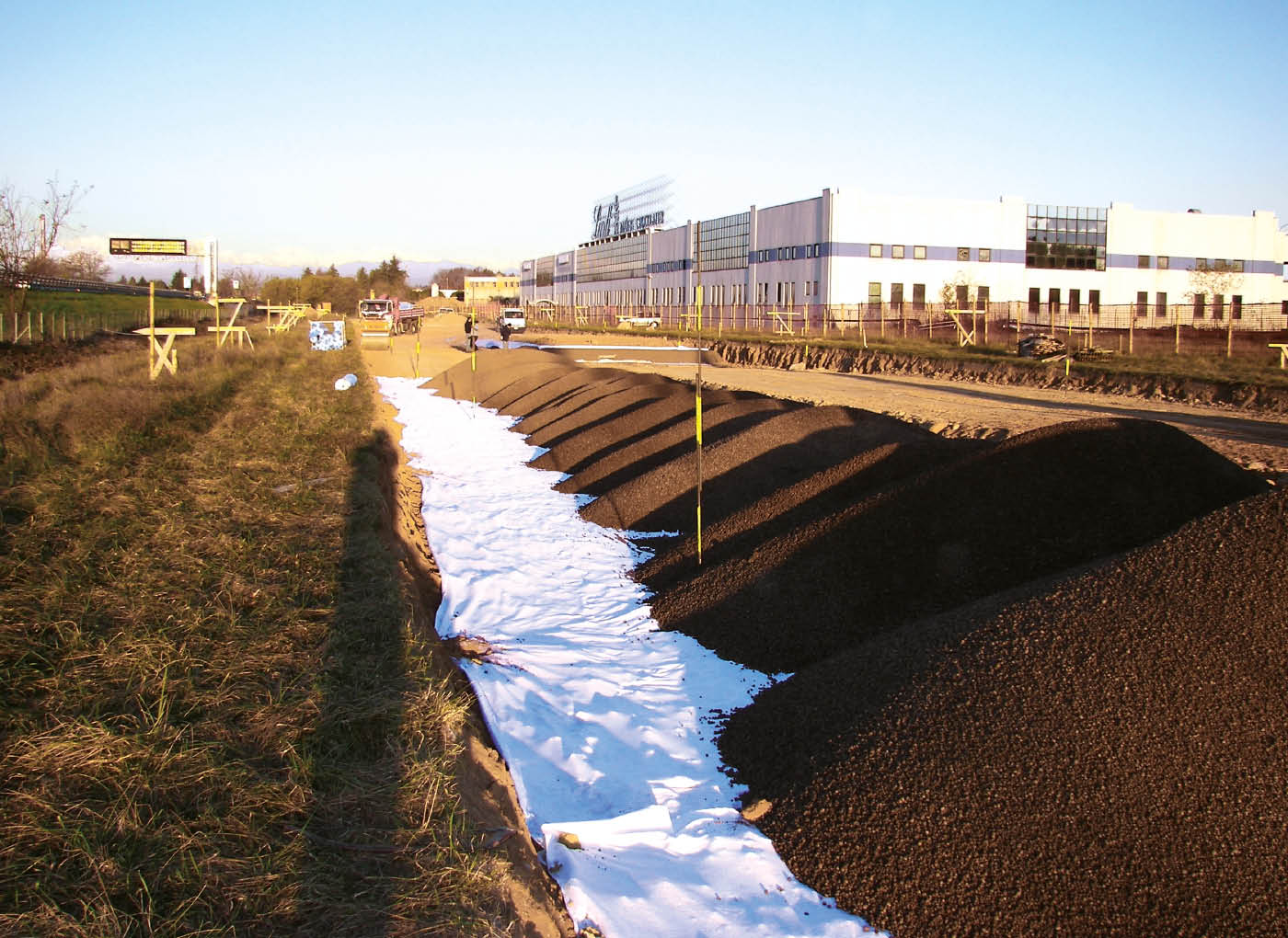 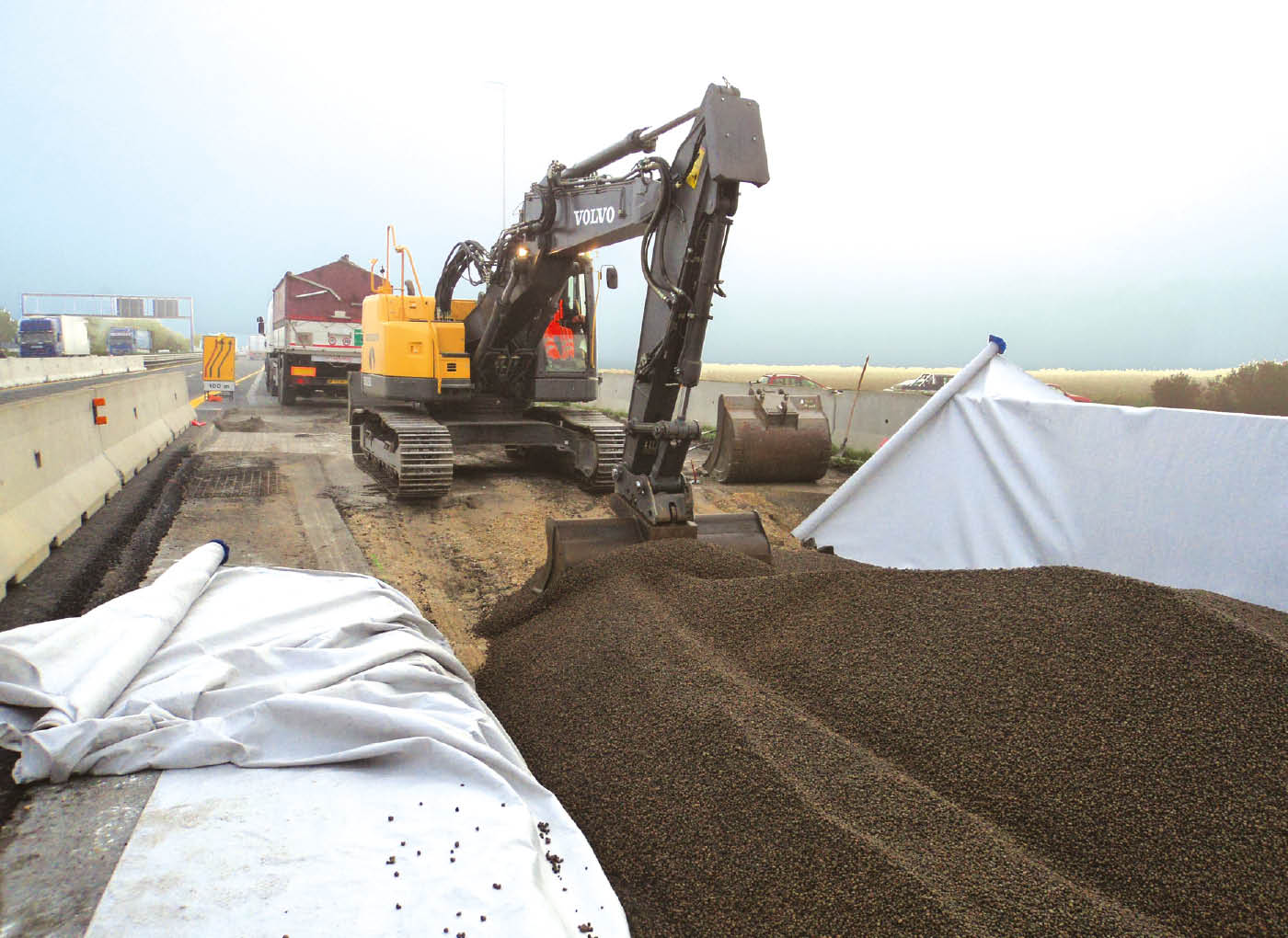 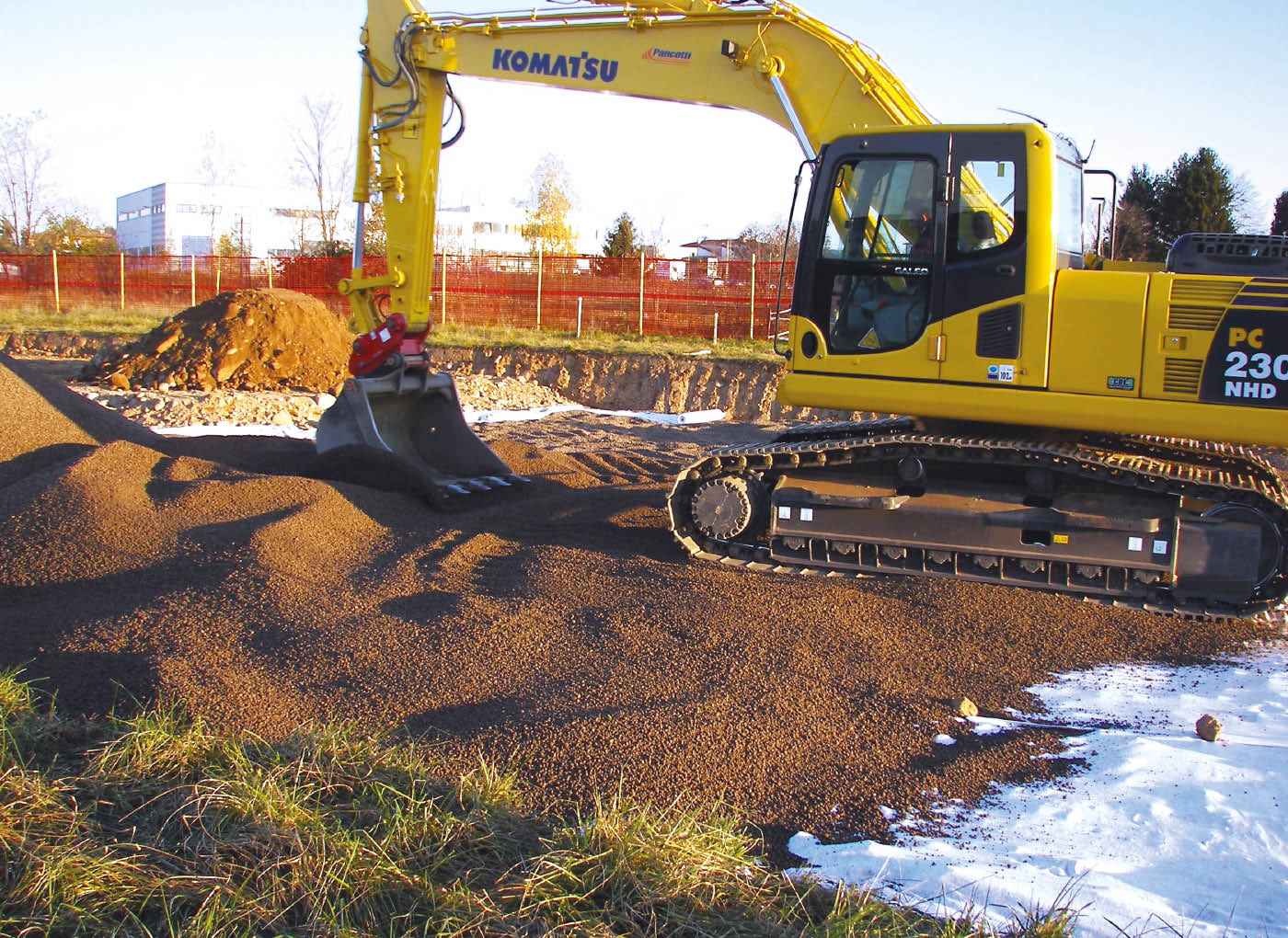 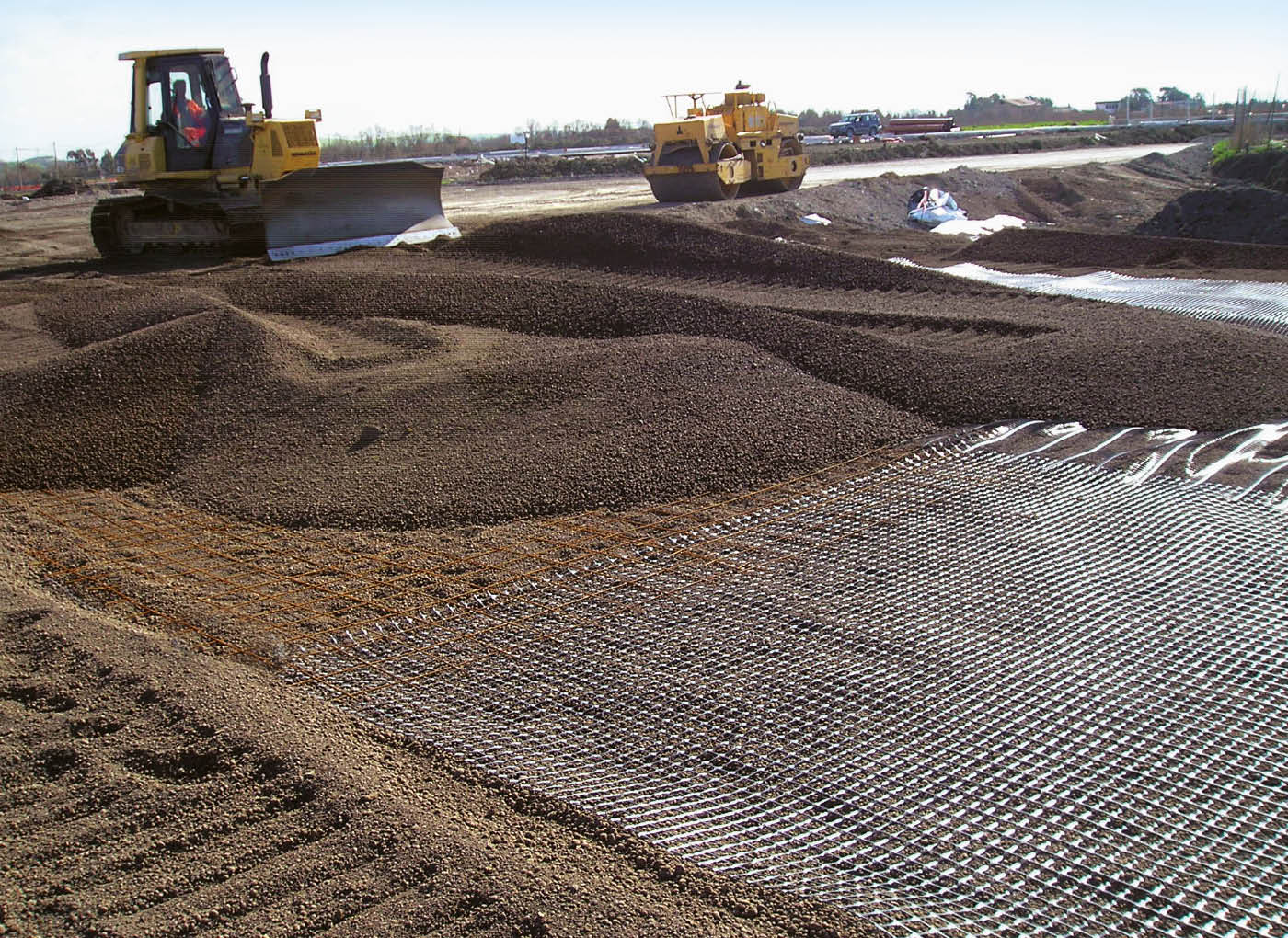 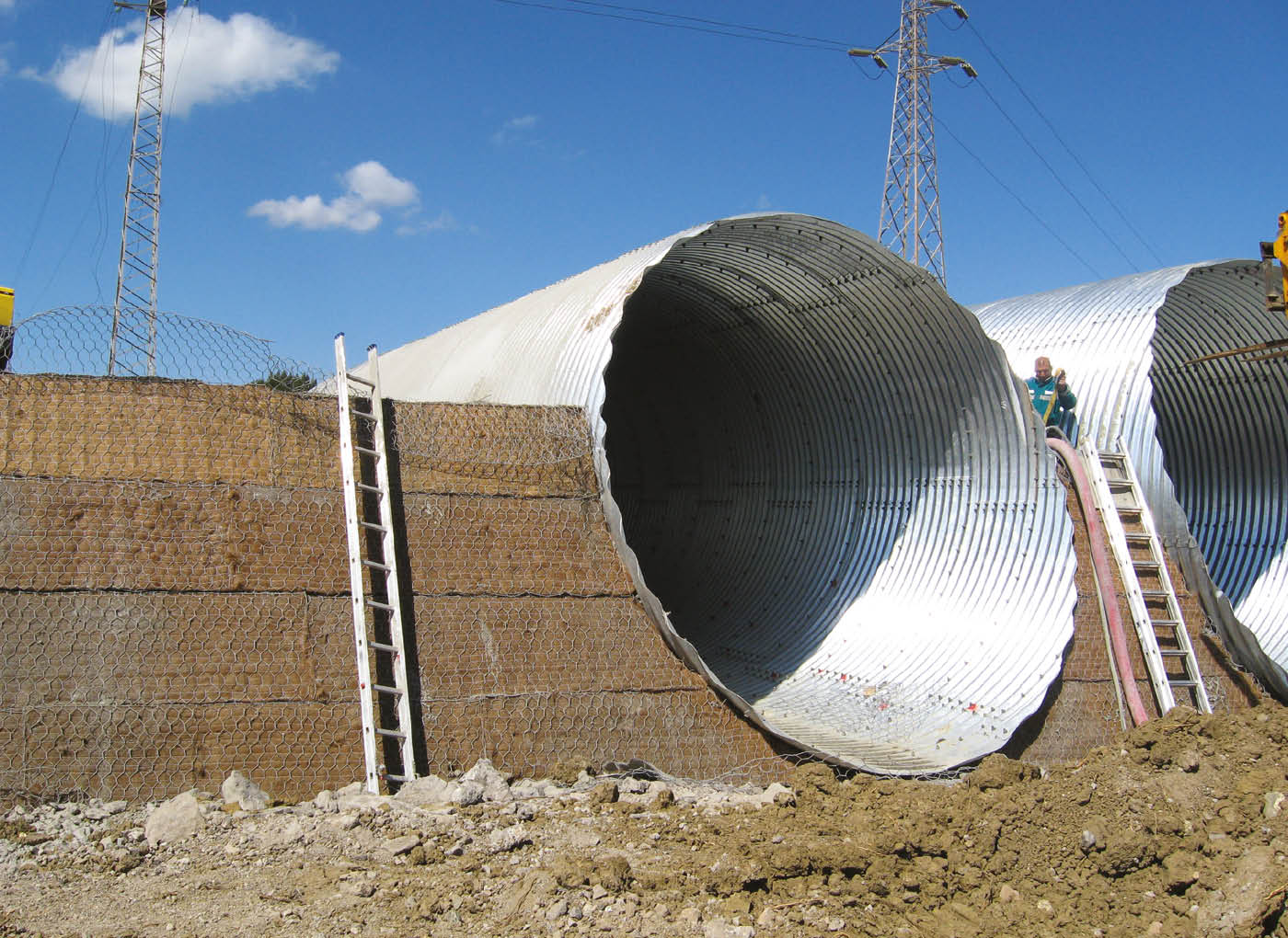 The loads generated by a traditional embankment can cause instability and differential settlement if the supporting ground has poor mechanical properties. These problems can usually only be avoided by means of costly, technically complex preliminary stabilisation works (preloading and drainage, piling, etc.).

The use of Laterlite Expanded Clay as the nucleus significantly reduces the weight of the embankment (up to 80%), enabling the cost of stabilising the founding ground to be partly or completely avoided.

By constructing the embankments using the load compensation method (replacing a volume of the heavy ground below the embankment with an equivalent volume of lightweight expanded clay) the loading on the ground is not increased (or is only increased by an extremely small amount), maintaining the original state of stress, even in embankments of considerable height.

Light embankments in Laterlite Expanded Clay can be:

A light embankment constructed with expanded clay can compacted in various ways, depending on the construction method :

After a load distribution layer has been spread:

Directly on the layer of expanded clay:

What are you looking for?

Close
Back to top
To offer you the best possible service, we use cookies on this site. Continuing the navigation you consent to use them.OkCookie policy